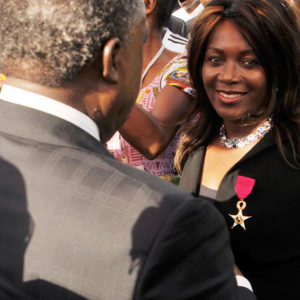 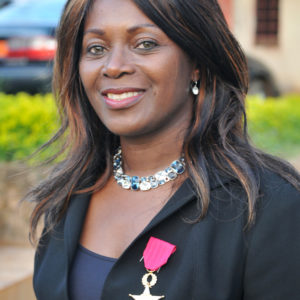 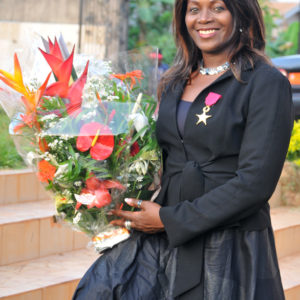 ANGELE ETOUNDI ESSAMBA Cameroonian Dutch photographer, has received an award in the field of Arts and Culture in Cameroon:

The rank of Knight of the order of the Valour

This decoration granted by the head of State, H.E. Paul Biya was given by the Minister of Territorial Administration, Mr. René Sadi in the presence of the Prime Minister and head of Government Mr. Philemon Yang and Minister of Arts and Culture Pr. narcissus Mouelle Kombi , as well as other Ministers.

This distinction rewards people who have distinguished themselves by their creations and benefits in the areas of Arts and Culture. 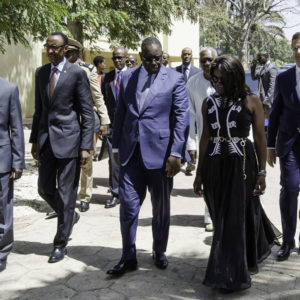 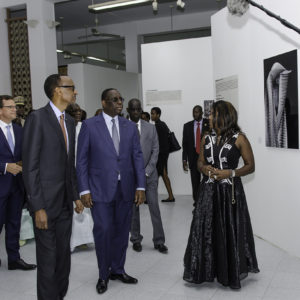 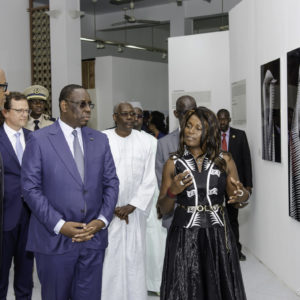 On the 8th of March 2016, at the occasion of International Women’s Day, President Macky SALL and guest of honour President Paul KAGAME of Rwanda, visited the exhibition ” Strength & Pride”.

‹ Back to all posts